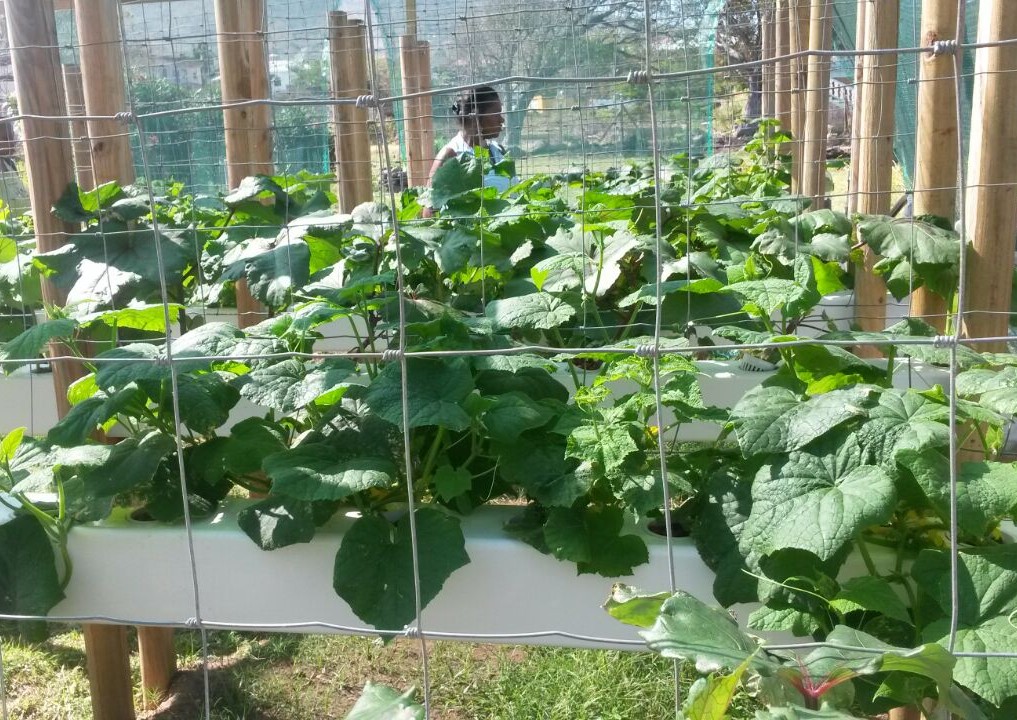 A people who cannot feed themselves is as poor as any one can imagine. It is our belief that St. Eustatius is a disaster away from starvation. It was partly this thinking that prompted the New Challenges Foundation to venture into this project.

The New Challenges Foundation is always looking for ways in which it can help in the development of the youth of St. Eustatius. A Youth Employment Opportunity Project was written with a number of sectors. Hydroponics is the first of these sectors to receive funding.

The ministry of social affairs and NUSTAR provided the fund. Assistance was also provided by the Public Entity of St. Eustatius through the department of agriculture. Further assistance is anticipated in the assembling of two shade houses by GEC.

The unit at the agriculture grounds was put into operation on March 13, 2015. Cucumbers and Okras were the two crops planted. By the month of May harvesting was realized.

The experiment with hydroponics provided an alternative to the traditional method of growing vegetables and plants. It is less labour intensive and can be done by practically anybody regardless of their physical abilities. Its operation does not depends on the weather or season, making it an all year round production.

The process of growing plants and vegetable using water as the medium has been in existence for some time now. However, the cost of acquiring a unit was beyond the reach of most.

Over the years a number of persons have experimented and researched these technologies with a view of making it more affordable. One such person is Mr. Stuart La Place, a lecturer at the Clarence Fitzroy Bryant College on St. Kitts.

Mr. La Place’s model, which he dubbed Climate Smart, has brought the cost into manageable proportion and sustainable within the tropics. This model was awarded in the top 20 innovations in the world for 2013.

Copyright | Designed with love by #DASTRU | All Rights Reserved